FRIDAY, May 15, 2015 (HealthDay News) — Patients with hypertension who sleep less than five hours or more than eight hours each night may have significantly higher odds of a stroke, new research suggests. Findings from the study are scheduled to be presented Friday at the annual meeting of the American Society of Hypertension, held from May 15 to 19 in New York City.

Analyzing data from 203,794 U.S. residents with hypertension, scientists determined that “insufficient” sleepers logging less than five hours of sleep each night had an 83 percent increased risk of stroke compared to “healthy” sleepers who got seven to eight hours of sleep. “Long” sleepers reporting more than eight hours of nightly sleep experienced a 74 percent higher stroke risk than healthy sleepers, according to the study.

Oluwaseun Akinseye, M.D., a resident in internal medicine at the Icahn School of Medicine of Mount Sinai Hospital in New York City, and colleagues used data collected over nine years from the U.S. National Health Interview Survey of 203,794 Americans with hypertension. Overall, the stroke risk was nearly 13.6 percent among “long” sleepers; 11.2 percent among “insufficient” sleepers; 5.7 percent for “short sleepers” logging five to six hours per night; and about 5.4 percent among “healthy” sleepers.

Results were adjusted for the presence of other health conditions, demographic factors, and behavioral factors such as smoking and physical activity, Akinseye told HealthDay. “We were surprised, especially with the individuals reporting insufficient sleep, because most studies…have shown [only] a modest increase in the chances of suffering a stroke among those with short sleep duration,” he said. 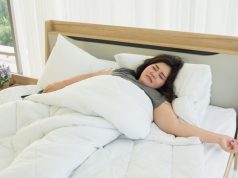 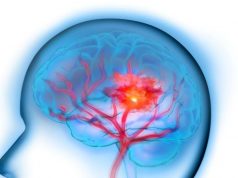 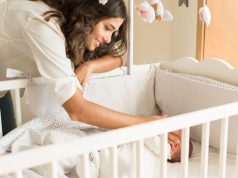