MONDAY, June 6, 2016 (HealthDay News) — Patients with advanced bladder cancer may benefit from the anti-PD-L1 immunotherapy atezolizumab (Tecentriq), according to a study presented at the annual meeting of the American Society of Clinical Oncology (ASCO), held from June 3 to 7 in Chicago.

The team found that 28 out of 119 (24 percent) patients responded to the treatment. Patients who responded to the atezolizumab had an average survival of 14.8 months. At the times of data analysis, the longest duration of response was 18 months, and 21 of 28 (75 percent) responses were ongoing. About 10 to 15 percent of patients experienced severe side effects with atezolizumab, which could include hypothyroidism, liver function abnormalities, rash, or diarrhea. Six percent of patients dropped out of the trial due to side effects.

“This is in stark contrast to the approximate 20 percent rate of treatment discontinuation from toxicity observed with carboplatin-based chemotherapy regimens,” lead researcher Arjun Balar, M.D., assistant professor of medicine at the NYU Langone Medical Center in New York City, said in an ASCO news release. “Immunotherapy appears to be much easier to tolerate than chemotherapy, and this is especially important for elderly patients.”

The study was partially funded by Genentech, the manufacturer of atezolizumab. 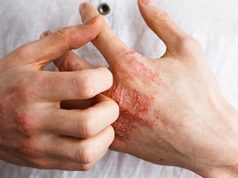