Home Family Practice APA: Use of Legal Performance-Enhancing Drugs Up Among Men

Forty percent of men report increase in use of supplements; 29 percent concerned about use

FRIDAY, Aug. 7, 2015 (HealthDay News) — Use of legal appearance- and performance-enhancing drugs (APEDs) is increasing among men, with a considerable proportion concerned about their own supplement use, according to a study presented at the annual meeting of the American Psychological Association, held from Aug. 6 to 9 in Toronto.

Richard Achiro, Ph.D., and Peter Theodore, Ph.D., from the Alliant International University in Los Angeles, examined consumption of legal APEDs, such as protein powders and bars, creatine, and glutamine. The authors surveyed 195 men aged over 18 years who had consumed some type of legal APED within 30 days and worked out at least twice per week.

The researchers found that 40 percent of participants reported an increase in supplement use over time, and 22 reported replacing regular meals with supplements. Twenty-nine percent of participants were concerned about their own supplement use, and 8 percent reported that their physician had told them to cut back on supplement use due to potential adverse side effects. Three percent had been hospitalized for supplement-related kidney or liver problems. For gym-active men, internalization of cultural standards of attractiveness, self-esteem, gender role conflict, and body dissatisfaction played roles in determining risky body-changing behaviors.

“The most critical implication for these findings is to put risky/excessive legal supplement use on the map as an issue facing a significant number of men,” Achiro said in a statement. 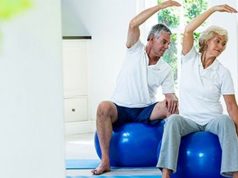 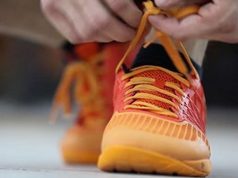