The annual meeting of the American Orthopaedic Society for Sports Medicine was held from July 9 to 12 in Orlando, Fla., and attracted more than 1,500 participants from around the world, including sports medicine specialists, athletic trainers, physical therapists, and family physicians. The conference featured the latest advances in sports medicine, with presentations focusing on the identification, prevention, treatment, and rehabilitation of sports injuries.

In one study, Brett D. Owens, M.D., of the Brown University Alpert Medical School in Providence, R.I., and colleagues found that arthroscopic stabilization of shoulder instability events in collegiate athletes results in a greater than five times increased likelihood of successful return to play in the following season compared with non-operative treatment.

“Last year at this meeting, we presented the results of a prospective multicenter study of collegiate contact athletes who experienced in-season shoulder instability events. While most were able to return to sport within a week, only roughly one-quarter were able to successfully return without recurrent instability,” Owens said. “We continued to follow this cohort and 39 athletes with additional eligibility the subsequent season. We found that 90 percent of the 29 who underwent arthroscopic stabilization successfully returned the next season, compared with 40 percent of the 10 who underwent non-operative treatment.”

In another study, Justin W. Arner, M.D., of the University of Pittsburgh Medical Center, and colleagues found no difference in motion between bone-patellar tendon-bone (BTB) and hamstring grafts for anterior cruciate ligament reconstruction.

“BTB and hamstrings have similar graft motion at six weeks and one year. The motion in both the femoral and tibial tunnel was between 1 and 3 mm. Kinematics (anterior tibial translation and rotation) were similar in both groups and were consistent with historical controls,” Arner said. “There is no difference in motion between BTB and hamstring grafts, so decisions that favor BTB for faster and safer return to play were not supported by this study.”

Brandon J. Erickson, M.D., of the Rush University Medical Center in Chicago, and colleagues found that the number (both overall total number as well as the annual incidence) of ulnar collateral ligament reconstruction (UCLR) or Tommy John surgeries is significantly increasing among individuals aged 15 to 19 years.

“The number of UCLRs is significantly increasing each year. However, within the specific age group of 15 to 19 year olds, the number of UCLRs is increasing at a much faster rate than in other age groups. Also, the majority of UCLRs are performed in the southern region of the United States between April and June,” Erickson said. “The study basically points out that the increase in UCLRs is not only happening in major league baseball pitchers, but is also affecting young adolescent, high school, and college pitchers. We need to find a way to prevent this injury from happening. Whether that means further limiting a player’s pitch count, increasing the rest period in between pitching in games, or decreasing the number of games played per season, we need to do a better job at preventing these injuries, especially in our youth athletes.”

M. Brett Raynor, M.D., of the Steadman Philippon Research Institute in Vail, Colo., and colleagues found that arthroscopic surgery can be an effective and safe treatment for patients with multidirectional instability of the shoulder (MDI), decreasing pain, restoring function, and getting them back to sports and other important activities. Specifically, the investigators found that arthroscopic surgery for MDI showed excellent results, with low revision rates and improved outcome scores.

“Modern surgical techniques that use minimally-invasive arthroscopic surgery result in better outcomes than non-surgical treatment and older surgical treatments,” Raynor said. “Improvement in outcomes was more predictable and more reliable for those who had a traumatic onset to their instability, but those with an atraumatic onset still had significant improvement after surgery.”

MONDAY, July 13, 2015 (HealthDay News) — For patients undergoing anterior cruciate ligament (ACL) surgery, treating additional meniscus tears may not be necessary, according to a study presented at the annual meeting of the American Orthopaedic Society for Sports Medicine, held from July 9 to 12 in Orlando, Fla.

MONDAY, July 13, 2015 (HealthDay News) — For patients with acute proximal hamstring ruptures, surgical repair is associated with better lower extremity function, according to a study presented at the annual meeting of the American Orthopaedic Society for Sports Medicine, held from July 9 to 12 in Orlando, Fla. 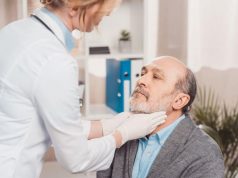