The annual meeting of the American College of Surgeons was held virtually this year from Oct. 3 to 7 and attracted participants from around the world, including surgeons, medical experts, allied health professionals, and administrators. The conference included hundreds of general and specialty sessions, postgraduate courses, scientific paper presentations, video-based education presentations, and posters focusing on the latest advances in surgical care.

In one study, Jose L. Cataneo, M.D., of the University of Illinois at Chicago/Metropolitan Group Hospitals, and colleagues found that women in the United States with limited English-language proficiency (LEP), especially Spanish speakers, appear to be at risk for lower rates of screening mammogram, regardless of their socioeconomic and breast cancer risk factors.

The authors analyzed 2015 data from the National Health Interview Survey that included 9,653 women, aged 40 to 75 years, who cited their primary language. The researchers found that 1,040 women presented with LEP, with most only speaking Spanish (756 women). In addition, among the 936 LEP women who provided mammogram data, the rate of screening mammogram was lower among LEP woman (78 percent) compared with proficient English-speaking women (90 percent).

“Nearly 2.5 million women from 40 to 75 years of age have limited English proficiency in the United States, and through the findings from this study, they appear to be a vulnerable group,” Cataneo said. “Focused efforts to transmit the importance and benefits from having a screening mammogram has to be communicated in patients’ native language. In addition, this information has to be conveyed in a manner that is completely understandable to potentially discover the barriers causing this disparity.”

In a randomized clinical trial, Comparison of the Outcomes of antibiotic Drugs and Appendectomy, David Flum, M.D., of the University of Washington School of Medicine in Seattle, and colleagues found that many adults with appendicitis may effectively manage their condition with a course of antibiotics and avoid appendectomy for a few months.

“In the COVID era, it’s particularly important to know that nearly half of the patients in the antibiotics arm of the trial did not require hospitalization for their initial treatment and that seven in 10 patients avoided appendectomy by three months. This may be appealing to many patients,” Flum said. “People with appendicitis who want to avoid operation now have options and evidence to support that choice.”

Cornelius A. Thiels, D.O., of the Memorial Sloan Kettering Cancer Center in New York City and the Mayo Clinic in Rochester, Minnesota, and colleagues found that evidence-based postsurgical opioid prescribing guidelines work for the vast majority of patients.

“More importantly, this study also included patient-reported outcomes data, which demonstrated that the majority of patients were overall satisfied with their pain control after discharge despite the reduced number of opioids being prescribed,” Thiels said. “However, the study also identified a small subset of patients whose pain may not be optimally managed within these reduced opioid prescribing guidelines, and this was an important unexpected finding that warrants further research because we want to make sure that all patients are receiving adequate pain control throughout their recovery process.”

THURSDAY, Oct. 15, 2020 (HealthDay News) — The amount of time spent with a provider is similar for postoperative follow-up visits performed with either an in-person visit (IPV) or virtual visit (VV), according to a study presented at the annual clinical congress of the American College of Surgeons, held virtually from Oct. 3 to 7.

ACS: Tranexamic Acid No Better Than Placebo After Severe Injury

WEDNESDAY, Oct. 14, 2020 (HealthDay News) — Tranexamic acid given in the prehospital setting to injured patients at risk for hemorrhage does not lower 30-day mortality, but it may improve survival in selected trauma patients, according to a study published online Oct. 5 in JAMA Surgery to coincide with the annual clinical congress of the American College of Surgeons, held virtually from Oct. 3 to 7.

ACS: One Size May Not Fit All for Postoperative Opioid Prescribing

TUESDAY, Oct. 13, 2020 (HealthDay News) — Evidence-based guidelines successfully reduce postoperative opioid prescribing without increased refill rates, but pain control may not be optimal for some patients, according to a study presented at the annual clinical congress of the American College of Surgeons, held virtually from Oct. 3 to 7.

TUESDAY, Oct. 6, 2020 (HealthDay News) — Antibiotics are noninferior to appendectomy for treatment of appendicitis, according to a study published online Oct. 5 in the New England Journal of Medicine to coincide with the annual clinical congress of the American College of Surgeons, held virtually from Oct. 3 to 7. 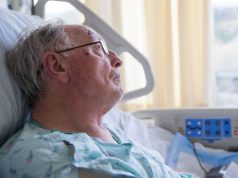 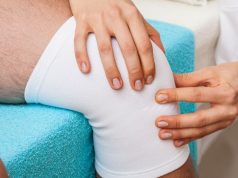 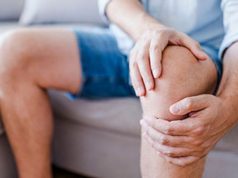