Improvement in number of hours of direct exposure to sunlight without pain, quality of life

THURSDAY, July 2, 2015 (HealthDay News) — An α-melanocyte-stimulating hormone analog, afamelanotide, is associated with reduced pain and improved quality of life in patients with erythropoietic protoporphyria, according to research published in the July 2 issue of the New England Journal of Medicine.

Janneke G. Langendonk, M.D., Ph.D., from Erasmus Medical Center in Rotterdam, Netherlands, and colleagues examined the safety and efficacy of afamelanotide for erythropoietic protoporphyria. Seventy-four patients from the European Union and 94 from the United States were randomized in a 1:1 ratio to receive a subcutaneous implant containing afamelanotide or placebo every 60 days (five implants in the European Union study; three in the U.S. study).

“Afamelanotide had an acceptable side-effect and adverse-event profile and was associated with an increased duration of sun exposure without pain and improved quality of life in patients with erythropoietic protoporphyria,” the authors write. 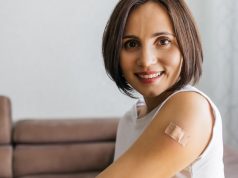 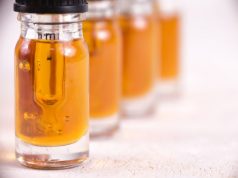