WEDNESDAY, July 22, 2015 (HealthDay News) — Older women are more likely than men to experience deterioration of cognitive function and brain volume after surgery with general anesthesia, new research finds. The study was scheduled to be presented Tuesday at the annual Alzheimer’s Association International Conference (AAIC), held from July 18 to 23 in Washington, D.C.

Researchers who analyzed data from older adults in the United States found faster declines in cognitive function and brain volume for both women and men who had surgery with general anesthesia compared to those who had no surgery. But the long-term decline was much greater in women than in men. The cognitive deterioration was especially severe among women who had multiple surgeries with general anesthesia, the researchers said.

“This is one of the first studies to suggest that among older adults, women are at a higher risk for postoperative brain dysfunction than men,” study author Katie Schenning, M.D., M.P.H., of the Oregon Health & Science University in Portland, said in an AAIC news release. “Our research clearly shows an association between surgery, general anesthesia, and cognitive decline in older adults.”

More studies are needed to confirm this observation and to identify ways to minimize the effects of surgery and general anesthesia on older adults, Schenning added. “Future research should focus on whether certain people are more susceptible to postoperative cognitive decline by virtue of sex or genetic risk factors.” 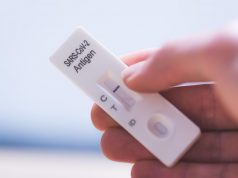