No differences noted with treatment in either early or late menopause

THURSDAY, July 21, 2016 (HealthDay News) — Improvement in cognitive ability is not associated with estrogen therapy among women who use it after menopause, no matter when they start taking it, according to a study published online July 15 in Neurology.

Victor Henderson, M.D., of the Stanford University School of Medicine in Palo Alto, Calif., and colleagues randomly assigned 567 healthy women, aged 41 to 84, to take estradiol or an inactive placebo every day. In addition, the women were divided into two groups: an early menopause group (within six years of their last period) and a late group (at least 10 years after menopause). The women also used a vaginal progesterone gel or placebo gel, unless they had had a hysterectomy. The average treatment lasted nearly five years. The investigators tested the verbal memory and cognitive skills of the participants at the beginning of the trial, 2.5 years later, and five years later.

The researchers found that, compared with starting scores on memory tests, women improved in verbal memory with practice, with and without hormone therapy. Scores were the same for those with and without hot flashes, and for women who had a uterus or had a hysterectomy.

“Estradiol initiated within six years of menopause does not affect verbal memory, executive functions, or global cognition differently than therapy begun 10+ years after menopause,” the authors write. “Estradiol neither benefits nor harms these cognitive abilities regardless of time since menopause.” 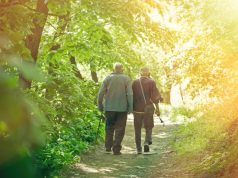 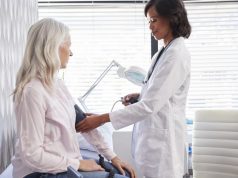