THURSDAY, Jan. 21, 2016 (HealthDay News) — Depressive symptoms seem to be associated with coronary artery calcium (CAC) in older men and women, according to a study published in the Feb. 1 issue of The American Journal of Cardiology.

John Bellettiere, M.P.H., from San Diego State University, and colleagues examined the correlation between depressive symptoms and CAC and CAC progression in a cohort of 417 community-dwelling older adults. Participants attended a 1997 to 1999 research clinic visit; depressive symptoms were assessed using the Beck Depression Inventory (BDI). Electron-beam computed tomography was used to measure CAC in 2000 to 2002 and in 2005 to 2007.

The researchers found that 39 percent of men and 10 percent of women had severe CAC in 2000 to 2002. There was a negative association for CAC severity by BDI quartiles in women: Compared with women in the second BDI quartile, women with the lowest depressive symptoms had 2.4-fold odds of increasing CAC severity. In men there was a nonlinear, U-shaped association: Compared with men in the second quartile, those in the first and fourth BDI quartiles had 2.6- and 3.0-fold higher odds of increasing CAC severity, after adjustment for coronary heart disease risk factors. There were no significant correlations for CAC progression, although in men, similar nonlinear patterns were seen.

“Depressive symptoms have a gender-specific, cross-sectional association with CAC but no statistically significant associations with CAC progression,” the authors write. 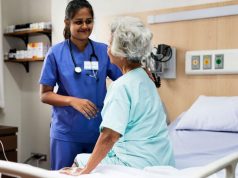 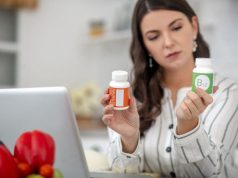 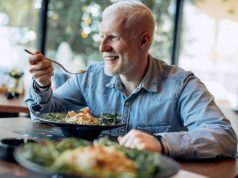